Ponderosa Golf Course was originally developed by the townspeople of Truckee in 1961. Owned and operated by the P.U.D. it was later sold to Reynold C. Johnson in 1968 and remained family owned and operated until 2008. In 2008 Ponderosa Golf Course was purchased by the Airport District with the understanding that the property would be used for recreational purposes and remain untouched by residential and commercial development. Truckee Donner Recreation and Park District maintains and manages the course under a lease agreement with the Airport District. 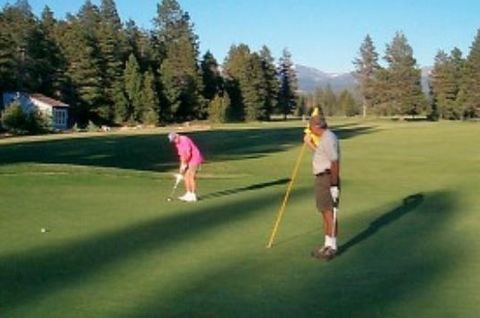 This course has not provided us with a golf tournament information link. You can call them at (530) 587-3501, (or send them an email). Please ask them to update their BestOutings information including their tournament link to help other event planners.


Host your outing at Ponderosa Golf Course. Click the link below to go directly to their tournament and outing information page. Or call them at (530) 587-3501.