It was upon this land that General Bob McClure constructed the Bayonet Golf Course in 1954 and, due to Bayonet's initial acclaim, Fort Ord decided to expand the course. In 1964 a second 18-hole championship course named Black Horse was officially opened.
The Bayonet and Black Horse courses are steeped in rich tradition and have played host to PGA Tour greats such as Arnold Palmer, Jack Nicklaus and Tom Watson, as well as several U.S. Presidents and foreign dignitaries. After a practice round in 1997, PGA Tour Professional Billy Andrade said, "If they play the U.S. Open here, the scores would be over par. It's tough, but it's fun!" One thing is for certain, the Bayonet and Black Horse Golf Courses offer golf enthusiasts and history buffs alike, an experience that they are unlikely to forget.

Host your next golf outing at Bayonet and Black Horse Golf Course.
www.bbhgolf.com 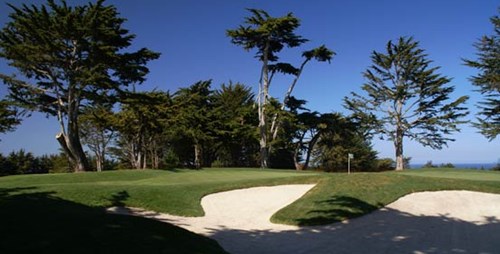 This course has not provided us with a golf tournament information link. You can call them at (831) 899-7271, (or send them an email). Please ask them to update their BestOutings information including their tournament link to help other event planners.


Host your outing at Bayonet and Black Horse Golf Course. Click the link below to go directly to their tournament and outing information page. Or call them at (831) 899-7271.