Often referred to as a masterpiece Riviera Country Club’s golf course is a testament to the game. Its legendary layout has produced champions such as Ben Hogan, Byron Nelson, Sam Snead, Tom Watson, Nick Faldo, Fred Couples and Phil Mickelson. The course also played host to notable celebrity golfers such as Douglas Fairbanks, Mary Pickford, Charlie Chaplin and W.C Fields. Humphrey Bogart could often be spotted under the tree by the 12th tee and it’s on these historic links that the fresh ocean breezes helped Howard Hughes whittle his handicap down to a four. 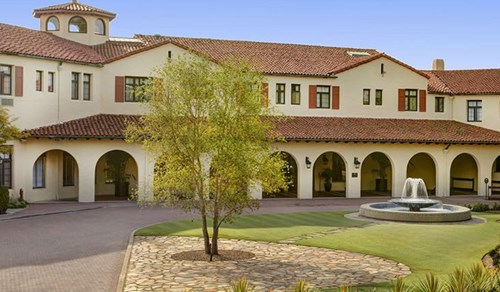 This course has not provided us with a golf tournament information link. You can call them at (310) 459-5395, (or send them an email). Please ask them to update their BestOutings information including their tournament link to help other event planners.


Host your outing at Riviera Country Club. Click the link below to go directly to their tournament and outing information page. Or call them at (310) 459-5395.