Ancil Hoffman Golf Course supports fundraising events!
Get a TravelPledge account and get a golf certificate for your upcoming event. You can also request certificates from other local golf courses!

Legendary Golf Course Architect William Francis Bell designed the serene and challenging Ancil Hoffman Golf Course in 1965 for the Sacramento County. Bell, an extremely talented and prolific golf course designer, built nearly 200 golf courses during his lifetime. Most of Bell's courses are located throughout the western United States, and also on some islands in the Pacific Ocean.
William Francis Bell was the son of William Park Bell. The two of them were often called Billy Bell, Jr. and Billy Bell, Sr., respectively. Both were noted golf course architects who designed almost a dozen projects together. Even after his father died in 1953, Bell Jr. retained the company name of William P. Bell and Son. The Bells are considered by many to be California's First Family of Golf Course Design. 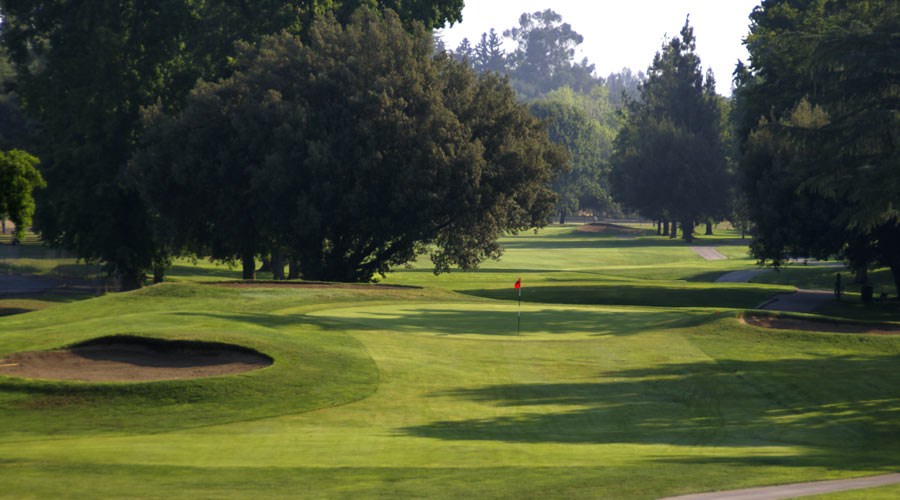 This course has not provided us with a golf tournament information link. You can call them at (916) 482-3813, (or send them an email). Please ask them to update their BestOutings information including their tournament link to help other event planners.


Host your outing at Ancil Hoffman Golf Course. Click the link below to go directly to their tournament and outing information page. Or call them at (916) 482-3813.