Pinnacle Country Club is a Private , 18 hole golf course located in Rogers , Arkansas
Pinnacle Country Club began as farm land in the serene rolling hills of Rogers. In 1988, with the goal of creating a superlative private golf course and gated community, a group of visionaries led by Berky Resources Corporation, developers and local golf enthusiasts, including the late James T. "Red" Hudson of Hudson Foods, transformed the pristine land into what was originally known as Champions Golf & Country Club. The golf course was originally designed by renowned golf course architect, the late Don Sechrest, with PGA TOUR great Bruce Lietzke serving as a consultant. The course opened for play in 1990, and true to their vision, the club rose to prominence as one of the most desirable private clubs in the region. In 2009, the course was redesigned by Randy Heckenkemper.

Host your next golf outing at Pinnacle Country Club.
www.pinnaclecc.com 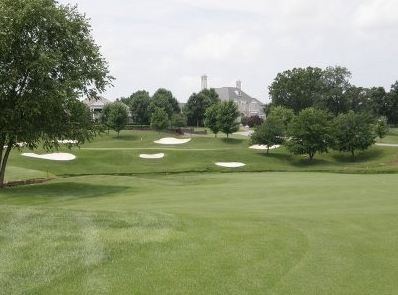 This course has not provided us with a golf tournament information link. You can call them at (479) 273-0500, (or send them an email). Please ask them to update their BestOutings information including their tournament link to help other event planners.


Host your outing at Pinnacle Country Club. Click the link below to go directly to their tournament and outing information page. Or call them at (479) 273-0500.