About The Country Club of Arkansas:

The Country Club of Arkansas golf course was built in 1995-1996 by LinksCorp, LLC, a Chicago-based golf course company and opened for play as a Semi-Private course in 1997. Shortly after opening the course was considered the finest course in central Arkansas that was available to the public.

In 2002 the course was purchased from LinksCorp by a group of Little Rock golfers including Tim Jenkins (PGA Golf Professional), Chris Jenkins (3-time A.S.G.A. Player of the Year), Dr. Robert Young, and Dr. Ronald Hughes. The four owners decided to continue to operate the course as semi-private, offering moderate daily fee prices and an excellent, affordable membership program.

In 2005 the owners converted the problem-prone Tif Dwaft Bermuda greens to state-of-the-art Tifeagle Bermuda. Since that conversion the course has gradually reclaimed its former position as the finest public-accessible course in central Arkansas.

Today the course boasts a strong membership roster, an excellent following of daily fee players, and has also become the premier Outing course in Arkansas. 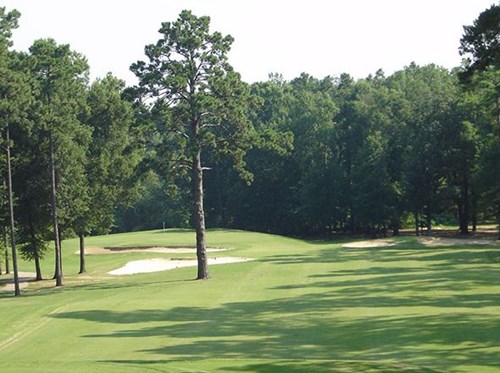 The Country Club of Arkansas location shown on map:

This course has not provided us with a golf tournament information link. You can call them at (501) 851-0095. Please ask them to update their BestOutings information including their tournament link to help other event planners.


Host your outing at The Country Club of Arkansas. Click the link below to go directly to their tournament and outing information page. Or call them at (501) 851-0095.