The northern gateway to the Trail is Hampton Cove in Huntsville, a 54-hole facility with terrain that drastically changes from one side of the property to the other.

Renovated in 2008, The Highlands course has been restored to its orginal Scottish Links design. Completely opposite in design is the River course, the only Robert Trent Jones layout without a single bunker. The River Course is a throwback to the way courses were built long ago. The dirt was merely pushed up to create the greens and tees, leaving all else, including massive oak trees, undisturbed. 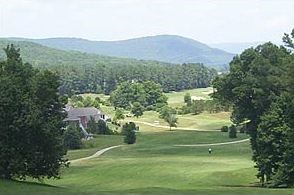 This course has not provided us with a golf tournament information link. You can call them at (256) 551-1818, (or send them an email). Please ask them to update their BestOutings information including their tournament link to help other event planners.


Host your outing at Robert Trent Jones Golf Trail At Hampton Cove. Click the link below to go directly to their tournament and outing information page. Or call them at (256) 551-1818.