About Robert Trent Jones Golf Trail At The Shoals:

The Robert Trent Jones Golf Trail at The Shoals is home to two 18-hole championship courses and lies between the Wheeler and Wilson dams on the Tennessee River. Wheeler Dam is named in honor of General Joseph "Fighting Joe" Wheeler - the only Confederate General to attain the same rank later in the United States Army.

Outings at Robert Trent Jones Golf Trail At The Shoals:

Host your next golf outing at Robert Trent Jones Golf Trail At The Shoals.
http://www.rtjgolf.com/theshoals/ 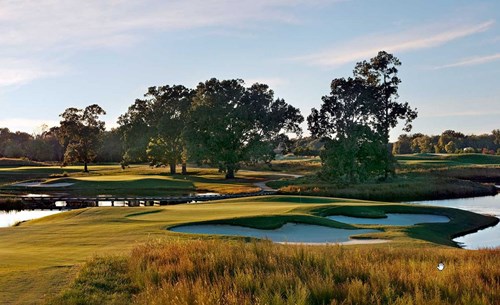 This course has not provided us with a golf tournament information link. You can call them at (256) 446-5111, (or send them an email). Please ask them to update their BestOutings information including their tournament link to help other event planners.


Host your outing at Robert Trent Jones Golf Trail At The Shoals. Click the link below to go directly to their tournament and outing information page. Or call them at (256) 446-5111.