Vanity Fair Golf & Tennis Club golf course was built on rolling terrain and has mature trees lining its fairways. There are strategically-placed sand bunkers spread throughout the course. The Vanity Fair Golf & Tennis Club golf course's most interesting attribute is that it starts wide open and gradually gets tighter as the round goes along (perhaps the function of two different design staffs being involved in the project). Water is found on only two holes (12, 18) and is in play only once (18). While the length isn't much from the backs, that's mostly a function of the par 3s being shorter than normal. Some interesting design cues include back-to-back par 3s at the end of the front nine and a greater-than-90-degree dogleg 11th hole. This is a very picturesque course, especially the back nine -- probably the most picturesque of any course in south Alabama outside of the ones in the two coastal counties, Mobile and Baldwin. If you can get in, don't miss this one. Only the most expensive courses in the state outclass it. 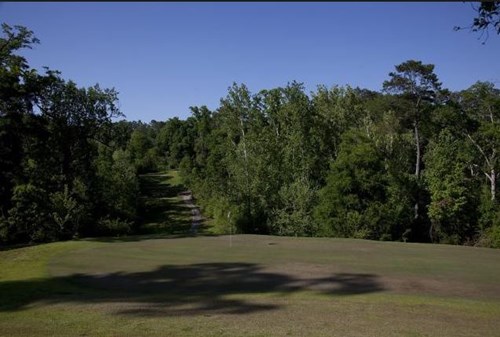 This course has not provided us with a golf tournament information link. You can call them at (251) 575-4700. Please ask them to update their BestOutings information including their tournament link to help other event planners.


Host your outing at Vanity Fair Golf & Tennis Club. Click the link below to go directly to their tournament and outing information page. Or call them at (251) 575-4700.