A. H. "Rick" Woodward opened WoodÂ­ward Golf & Country Club near Bessemer in 1916. It is one of the oldest golf clubs in the state. Originally composed of eight holes built in a cow pasture in Brighton, it was not iniÂ­tially stretched to nine holes because a suitable location for the ninth green could not be found.

After World War I the course reorganized under its current name. In 1920 a clubhouse was built and the course was expanded to 18 holes under the direction of Charlie Hall.

In 1986 course designer Ward Northrup presided over a renovation of the course, which has hosted the Alabama Open and an invitational that attracts top amateurs from across the state every year. 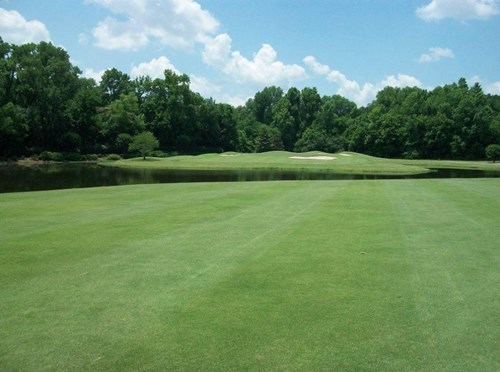 This course has not provided us with a golf tournament information link. You can call them at (205) 424-5500, (or send them an email). Please ask them to update their BestOutings information including their tournament link to help other event planners.


Host your outing at Woodward Golf & Country Club. Click the link below to go directly to their tournament and outing information page. Or call them at (205) 424-5500.