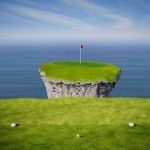 If you’re planning to give out prizes at your tournament, which you should, then you’re going to need some pretty awesome challenges for players to compete in. While popular challenges include the “longest drive” and “closest to the pins”, nothing beats a good old-fashioned hole-in-one competition – and we’ll show you why.

The typical hole-in-one contest offers four prizes: three bonus and one grand. Before the tournament starts four Par 3 holes are selected to be included in the challenge. As the tournament proceeds, each golfer has a chance to win one of the corresponding prizes as they play one of the hole-in-one holes.

So why are hole-in-one competitions so thrilling for players? Well, other than that a hole-in-one’s a truly magical and fulfilling experience, you get rewarded with a glamorous prize – the grand prize usually being somewhere between $10,000 and a brand spanking new car. More than that, there are four separate holes of note, so players will be looking forward to their next shot at the big one as they go through the remaining holes in the course.

A hole-in-one contest is a great bargaining chip for your marketing efforts. As the grand prize tends to be rather large, you’re advertisements are free to be equivocally flashy, making it pretty easy to gain attention to the event. Additionally, participation in an event of this stature is a great way for golfers to gain interest and break out their competitive spirit, whether they win or not. Last but not least, it gives the smaller Par 3 holes a selling point, and the entire game a little more life.

Add to Your Tournament’s Prestige

There are many additional benefits to hole-in-one contests. In essence, you’ll be keeping up with the times. Many long-living and well-esteemed golf tournaments incorporate these challenges into their events, and since at least one person in the average golf tournament can be expected to hit a hole-in-one, it makes the whole tournament just that much more exciting to be apart of. For the players, not only do they get to bask in the glory of their remarkable shot, but they get to receive a worthy tangible prize – in essence, experiencing the true feeling of victory.

Interestingly, many novice tournament planners tend to overlook these contests. Most do so to avoid all the specifications and regulation that accompany them; however, many seasoned golfers believe the regulations, such as witness and yardage technicalities, lend the tournament a more authentic feel.

If you’re still not convinced a hole-in-one contest is right for your tournament, chances are you never will be, and that’s okay. But, for the rest of you – don’t miss out on all those ecstatic golfers out there; make your tournament a success by giving them that hole-in-one tournament they’ve been waiting for!

One more thing. Just make sure you get hole-in-one insurance!