The grounds at Scott's Family Resort feature two of the area's most scenic and storied nine hole golf courses. The Main Course was designed by millionaire manufacturer Ernest W. Zentgraf, who in 1923 announced that he would also build the course himself should Calvin Coolidge become President. Making good on his promise, Zentgraf finished construction in 1928. A decade later, Raymond Scott Sr. finalized its purchase and a stunning new feature was added to the resort's growing list of amenities. Nearby, the Executive Course had initially been constructed for Hanson's Hotel, one of the four original resorts on the lake. In the early 1980s, however, the hotel was forced to close its doors and put its property up for sale, prompting Raymond Scott Jr. to quickly make an offer to purchase the course. Scott's was soon rewarded with yet another fantastic complement to its facilities.

Host your next golf outing at Scotts Golf Courses.
www.scottsfamilyresort.com 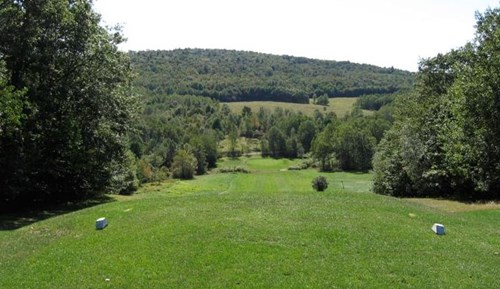 This course has not provided us with a golf tournament information link. You can call them at (607) 467-3094, (or send them an email). Please ask them to update their BestOutings information including their tournament link to help other event planners.


Host your outing at Scotts Golf Courses. Click the link below to go directly to their tournament and outing information page. Or call them at (607) 467-3094.